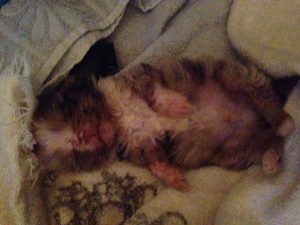 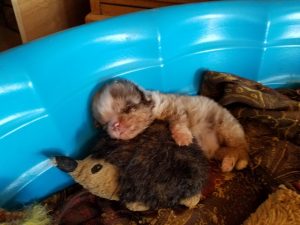 This is Chewy, he is from Sticky and Gator’s Aug. 4th, litter. He was small to start with as there were originally 12 puppies born to that litter, and Sticky is a very small girl. Chewy got injured very badly at about 3 weeks of age. He had spinal and head trauma, but to what extent we did not know. 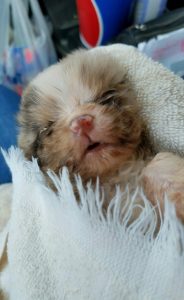 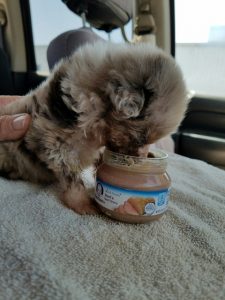 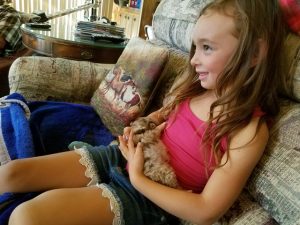 Poor little Chewy could no longer nurse off his mama so was brought into the house to be taken care of by us, he would only eat a few drops of milk at a time.  We had to sub que lactate ringer in him to keep enough fluids in his body to keep him alive.  Finally at 6 weeks he started eating people baby food, along with his goat milk . There were so many ups and downs trying to keep him alive, it was scary. I was not sure he was really going to make it. See how small he was at 6 weeks of age compared to the tiny baby food jar. 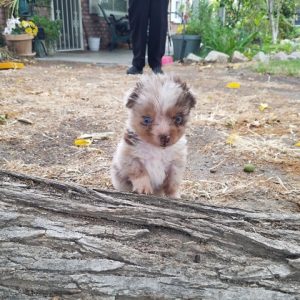 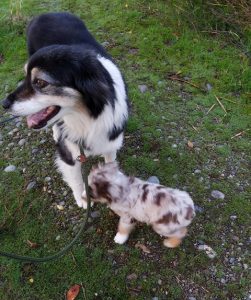 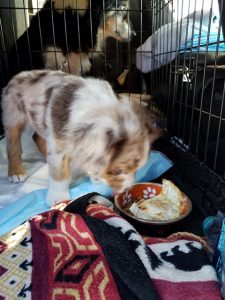 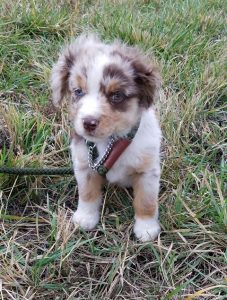 Chewy went everywhere I went since I had to feed him every hour, he soon started feeling good enough to go out and explore this world. In October, we traveled to Washington state and took Chewy and Rascal with us. He is such a good traveler, loves to go bye bye. He also loved us giving him left over meals. 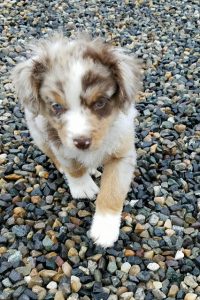 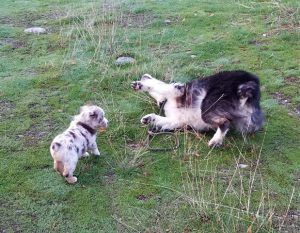 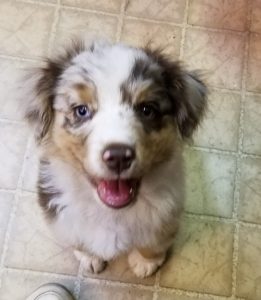 He is now growing very well, it seems really quickly just since we got back form WA. He loved all the grass in OR and WA that we got to play on. 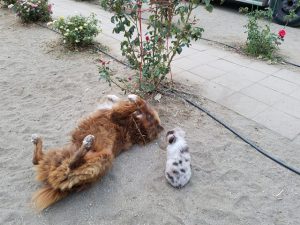 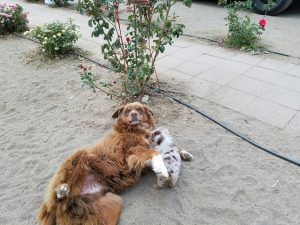 Here he is watching Tali rolling, then he attacks! Gotcha! Tali looks at me, like “Hey I didn’t do it” 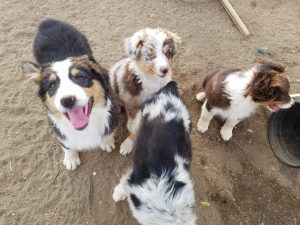 As you can see, he is finally catching up with the rest of the kids. Here he is with Marlo (Lizzie and Lucas) who is huge for her age, Chewy, Ruby and Ellie’s back (blue merle). 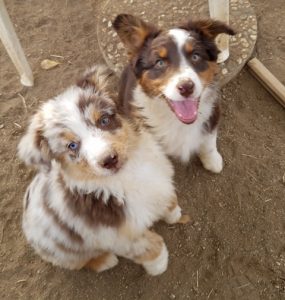 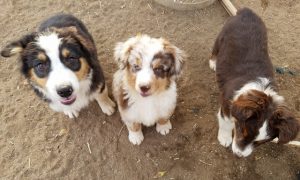 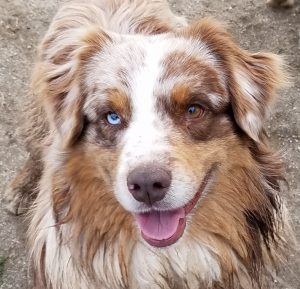 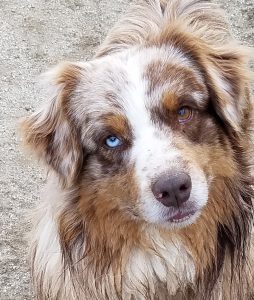 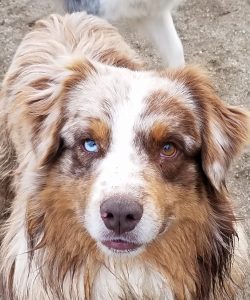 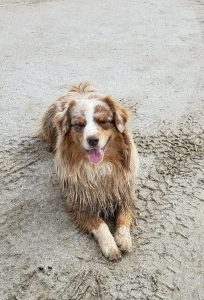 Chewy all grown up and muddy from all the rain and puddles he loves to play in. Look at that face, I love his expressions. Chewy is one very intelligent boy, but his idea of teasing me and he does it a lot is no longer funny. the middle face shot is him reacting to me telling him why I don’t want to play that game any more. His reaction: “But Why, I think its fun?”